St. Michael the Archangel’s Church or the Garrison is a Roman Catholic Church in the city of Kaunas, closing the perspective of the Laisvės alėja (Liberty Avenue), the famous pedestrian street. The other popular name of the church is Soboras. It was built in the end of the 19th century, when Kaunas was part of the Russian empire. The construction of “military” or “garrison” Orthodox churches by the Russian government in former Polish–Lithuanian Commonwealth lands had started after the suppression of the January Uprising of 1831, and peaked during the reign of emperor Alexander III. 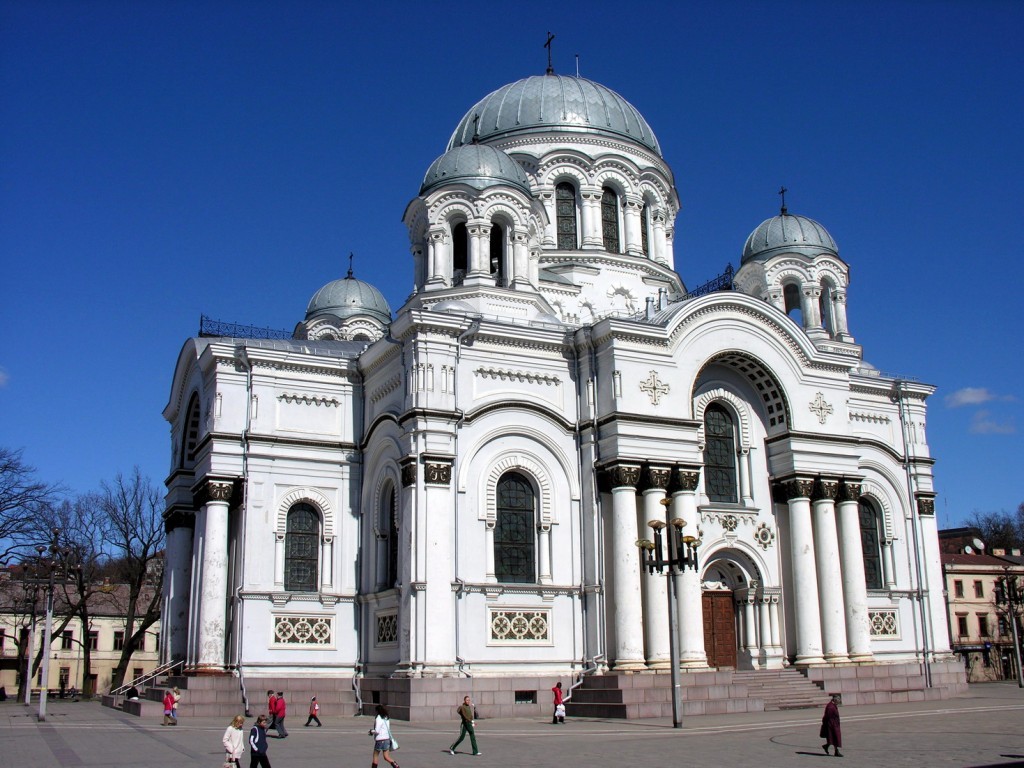 The cathedral was completed in four years (unusually quickly for its size), and was inaugurated on 17 September 1895. Most of the construction was carried out by workers from Chernigov Governorate, and its art-work was implemented by craftsmen from St. Petersburg. The Church was constructed in the Neo-Byzantine style, which was popular at that time in Russia. It stood out among similar military churches by its size and its unusual architecture – employing triple Corinthian columns in an otherwise typical “neo-Byzantine” (Romanesque) five-dome design. In total, the exterior has 266 large and small columns and pilasters. For the interior, the structure relied on four load-bearing pylons designed to appear slimmer and lighter than in reality. The space between external and internal shells of the main dome was filled with hollow clay resonators. Cut from granite, floor tesseras were bought from abroad. In the dome above the altar were the images of two Archangels or evangelists. The main altar’s stained glass showed God’s entrance to heaven. Just inside the church and to the right is the entrance to the catacombs, which are accessible to the public. 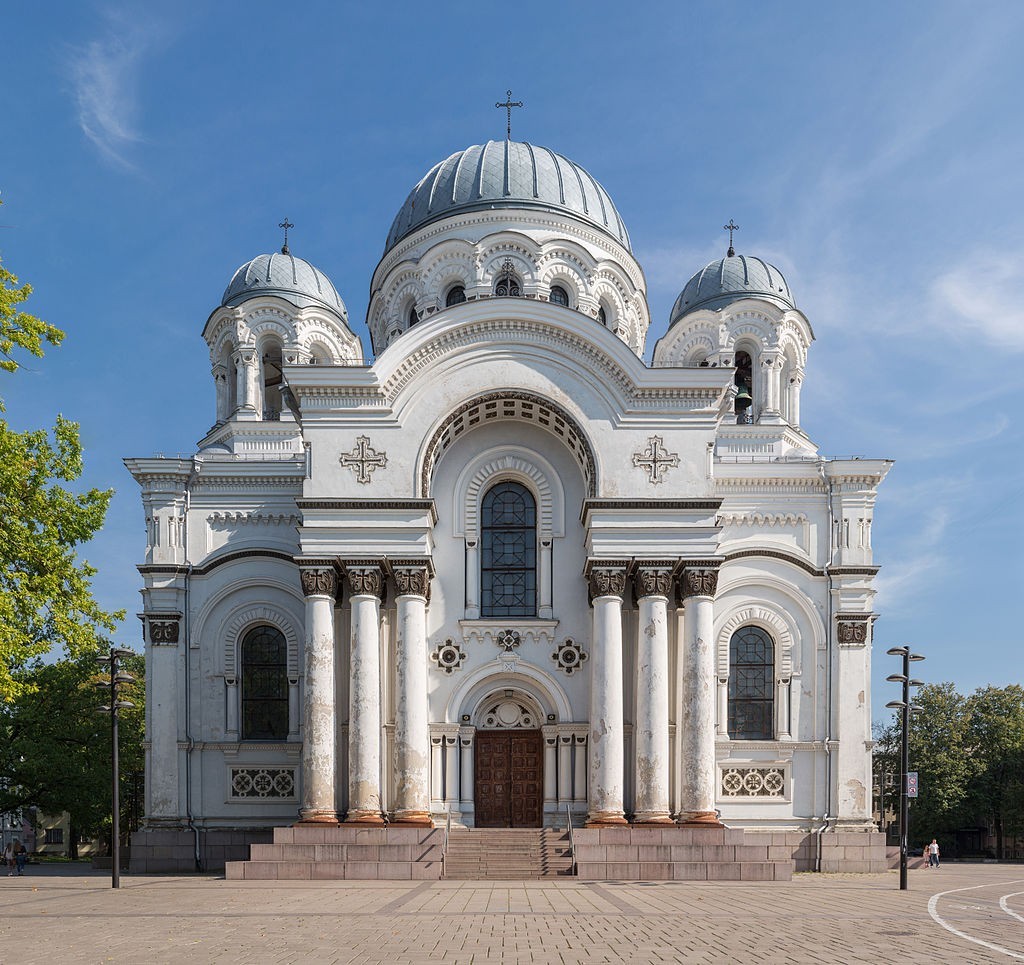 As usual for military churches of the period, the construction of Kaunas cathedral was financed equally by the Military Ministry and by donations from army service members. Completion of the church finalized the administrative building complex of the Kaunas Fortress; it symbolized less the presence of Orthodox Christians than the imperial authority of the Russian government. It was also believed, that the church would reduce interdenominational frictions. 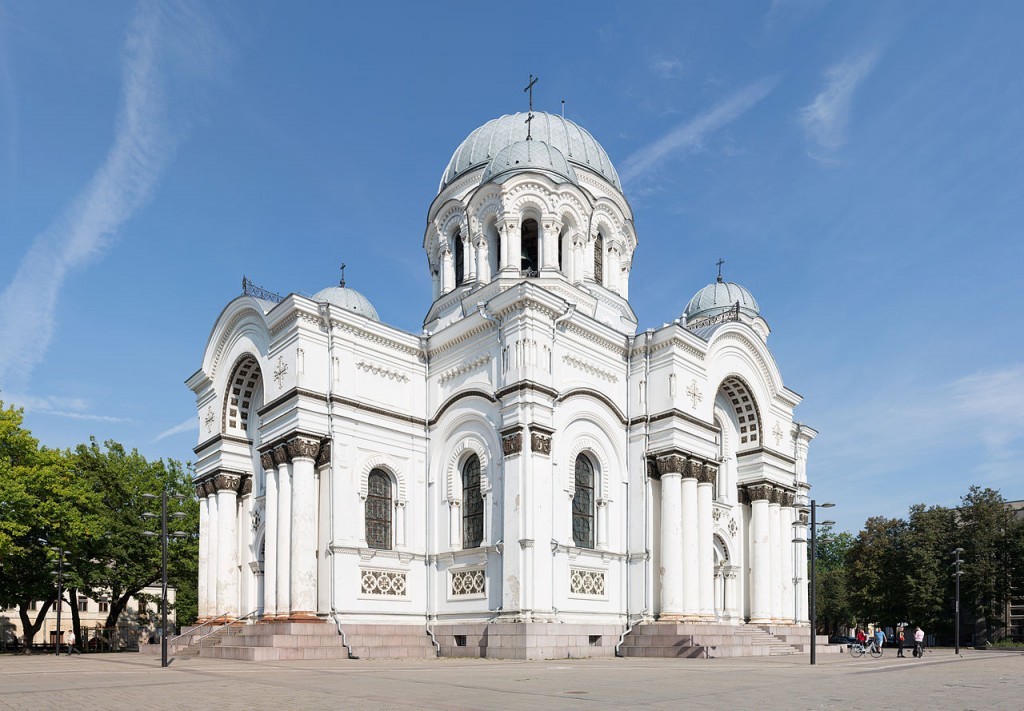 After the fall of the Kaunas Fortress during World War I the Germans cut down the church bells and transported them to Germany. The church stayed closed until 1919. 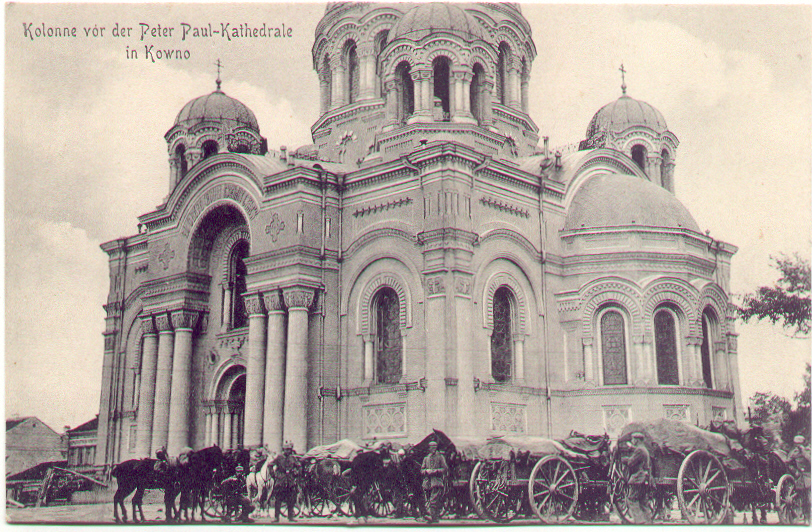