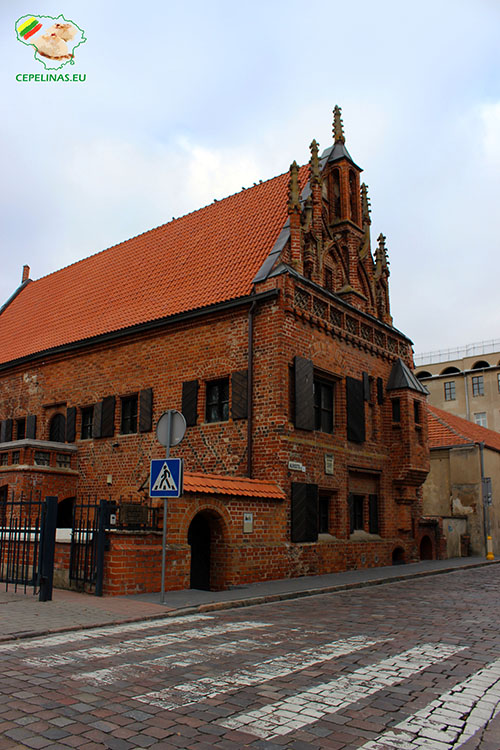 The House of Perkūnas is one of the most original and archaic Gothic secular buildings, located in the Old Town of Kaunas, Lithuania. Originally built by Hanseatic merchants and served as their office from 1440 until 1532. 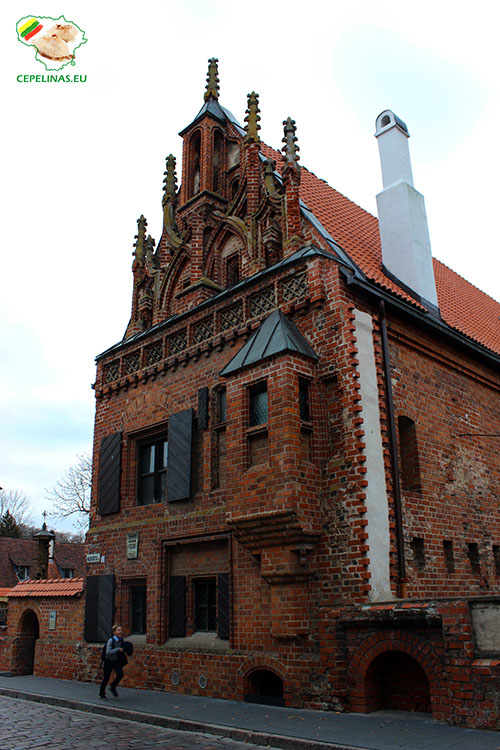 It was sold in the 16th century to the Jesuits who had established a chapel there in 1643. The Jesuits have also completed the Church of St. Francis Xavier at the Town Hall Square in 1722. 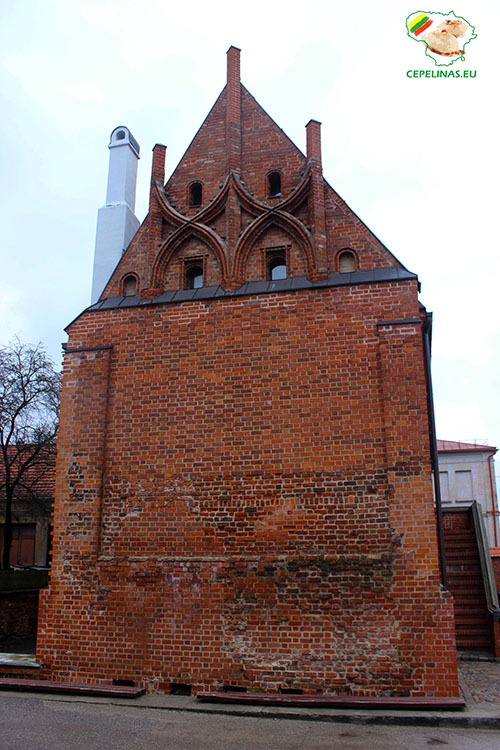 The ruined house was rebuilt in the 19th century and served as a school and theatre, which was attended by Polish-Lithuanian poet Adam Mickiewicz. At the end of the 19th Century it was renamed “House of Perkūnas”, when a figure, interpreted by the romantic historians of that time as an idol of the Baltic pagan god of thunder and the sky Perkūnas was found in one of its walls. 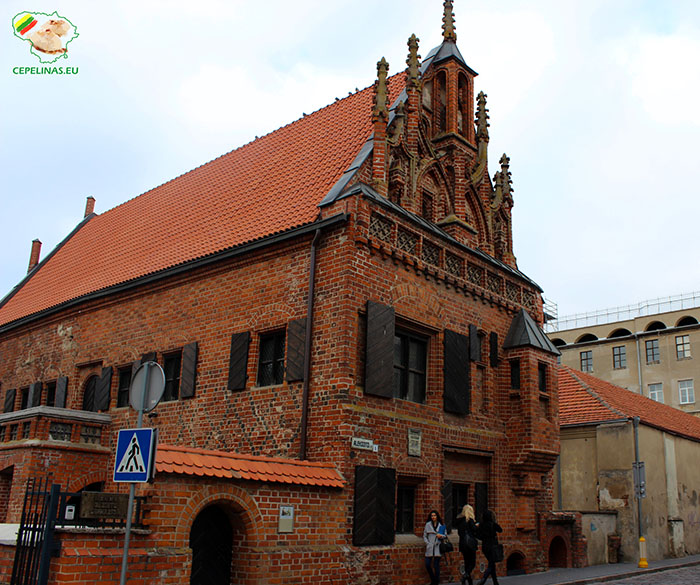 Today, the house of Perkūnas once again belongs to the Jesuits and houses a museum of Adomas Micevičius (Adam Mickiewicz). Internet site of a museum: http://www.perkunonamas.lt/