Klaipėda Theater square is the heart of the city. There is a sculpture of Ann from Tharau in the fountain in the middle of the square. The monument is dedicated to Simon Dach, a German poet who was born in Klaipėda and studied at Konigsberg University. Ann was the girl that the poet fell in love with at first sight. However, she was engaged to another man. Simon Dach dedicated a poem to her and called it “Ann from Tharau” which is still very popular in Germany, Austria and Switzerland. The fountain with the sculpture of the girl and the bas-relief of the poet were created in 1912 by the sculptor from Berlin, Alfred Kune. During World War II the sculpture disappeared. It was reconstructed in 1990 on the initiative of the city inhabitants and emigrants. 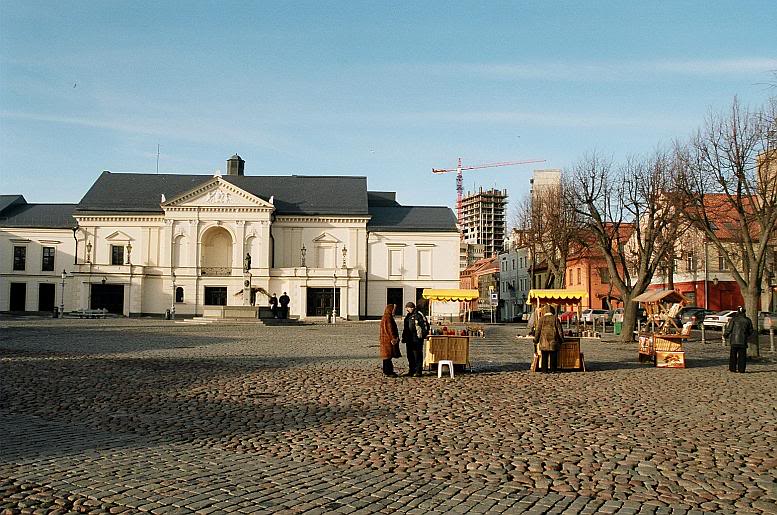 The building behind the sculpture is the Drama Theatre. Since the 18th century the theatre has played an important role in the cultural life of Klaipėda. This building was reconstructed in the 19th century in a neo-classic style. The Klaipėda coat of arms is on the facade of the building. 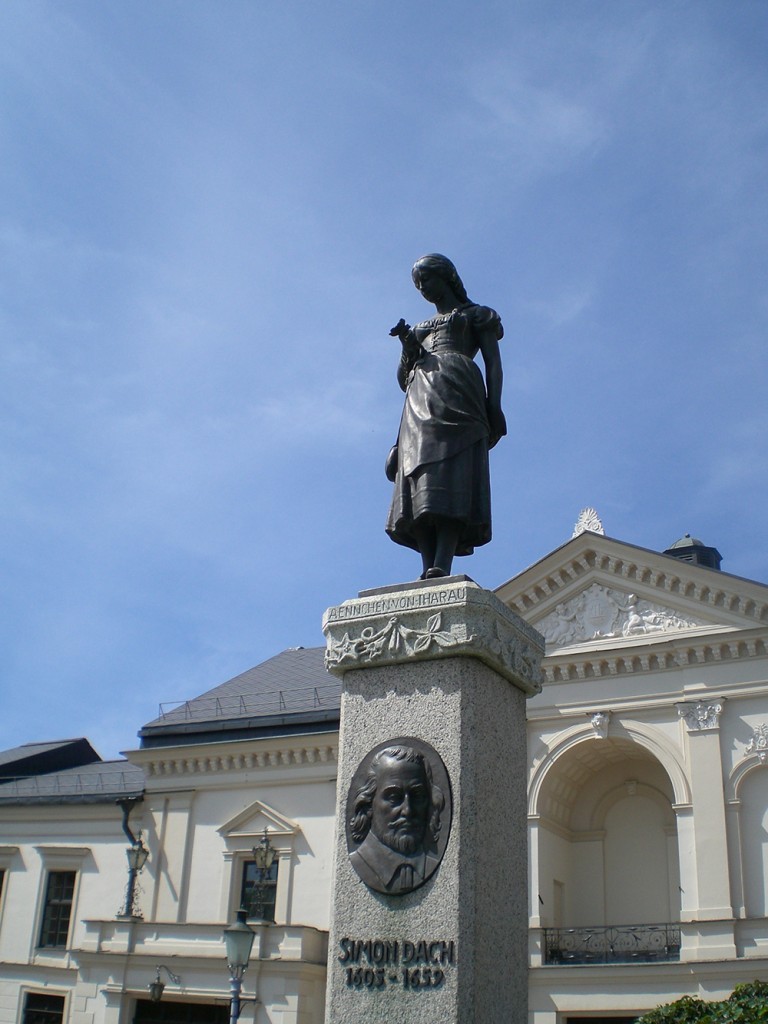