The Church of the Holy Spirit is an Orthodox church in Vilnius, capital of Lithuania. The first church at this site, constructed of wood, was built in 1638. There is an Orthodox Monastery near, which was opened earlier than the Church – in 1567. After a fire gutted the wooden building in the 18th century, a new stone church was built in 1749–1753 in the Baroque style, with details of the interior in Roccoco style. It was designed by Johann Christoph Glaubitz, an architect of German descent who was noted for developing a Lithuanian school of Baroque architecture, known as Vilnian Baroque.

In the 19th century, several Byzantine Revival architectural elements were added to the church, but it nevertheless retained its essentially Baroque form. Indeed, the added Orthodox frescoes, Iconostasis and dome enhanced its magnificence, as did the addition of deep blue and green interior decor. Unusual in an Orthodox church are the Scagliola (simulated marble) sculptures. A new reliquary was added in 1853. 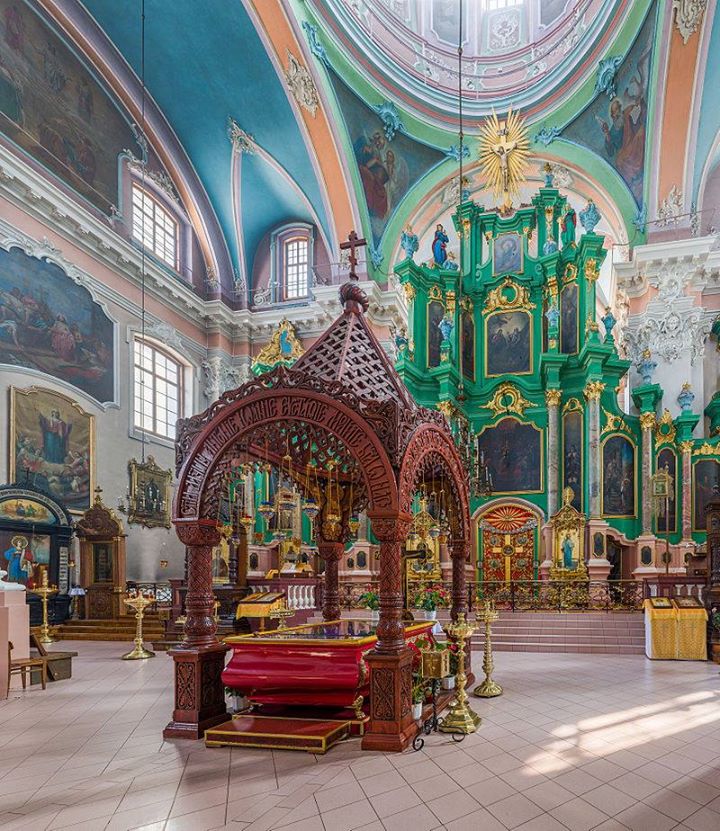 In the crypt lie the remains of Saints Anthony, John, and Eustathios, who are saints and martyrs of the Orthodox Church. Lithuania was the last pagan state in 14th century. The three Christian missionaries were arrested for preaching in public and then and executed. Firstly, their bodies were kept in a glass reliquary in a crypt chapel beneath the altar of the Church of the Holy Spirit, but then it has been moved to the main sanctuary of the church.

Their relics are said to be incorruptible. A tradition of the church is to cloak them in black during Lent, in white at Christmas and in red on other major religious holidays. 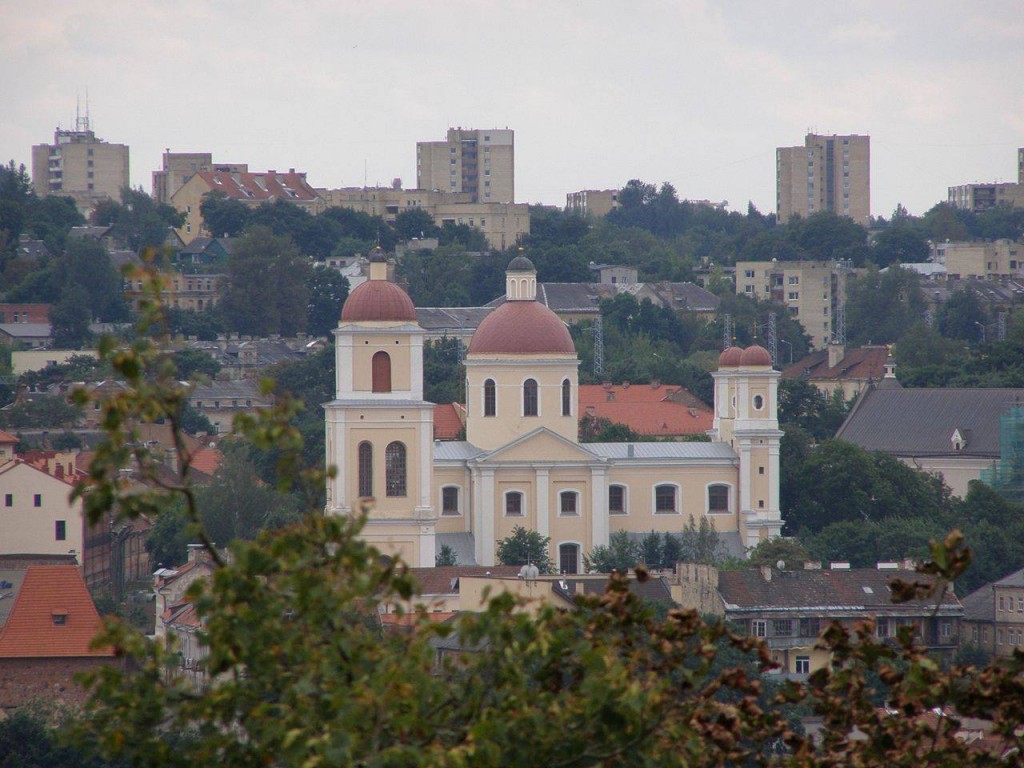