The Church of the Holy Spirit in Vilnius
Panevėžys

Bernardinai Garden (previously known as Sereikiškės Park) is a public park in the city of Vilnius, Lithuania. It is located on the right bank of the Vilnelė River between the Gediminas’ Tower and Bernardine Monastery. Until the 14th century, in the territory of Bernardinai garden there was a Lithuanian pagan saint oaks wood. The oaks were cut down and the park was created after Christianity, when Grand Duke of Lithuania and King of Poland Kazimieras IV Jogailaitis (Pol. Kazimierz IV Jagiellończyk) invited the Bernardine monks to Vilnius. The monks rearranged the territory and set up a botanic exposition. 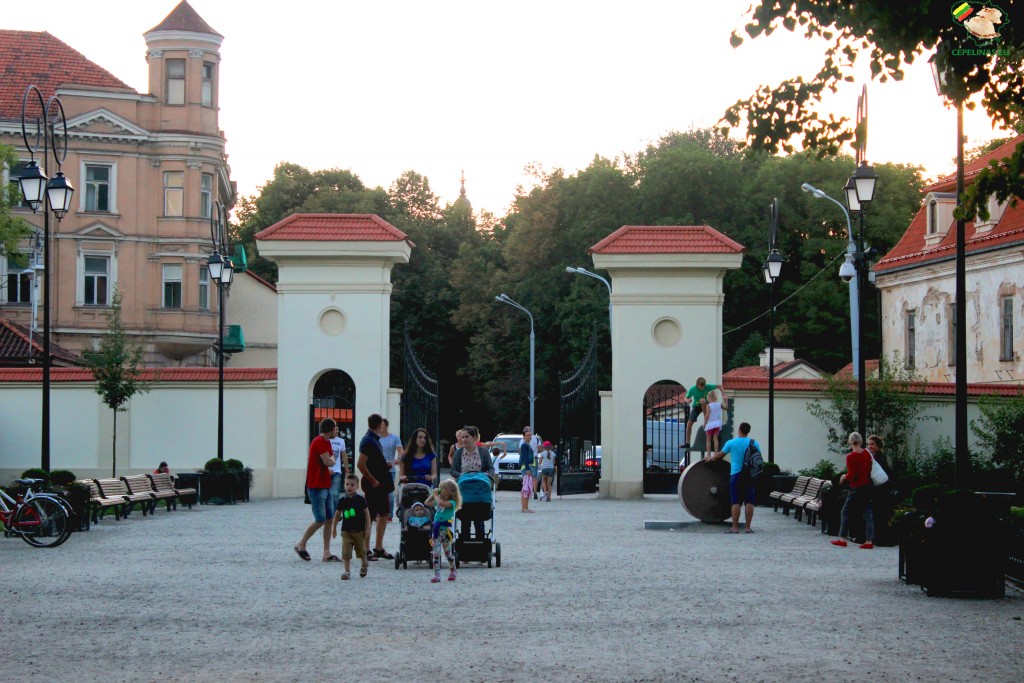 In 1864 the government of the Russian empire closed Bernardinai garden. Nevertheless, the townspeople recovered this garden about twenty years later. It was reconstructed according to A. V. Strauss and J. Jasinskis project. But during the World War II Bernardinai garden was almost destroyed. 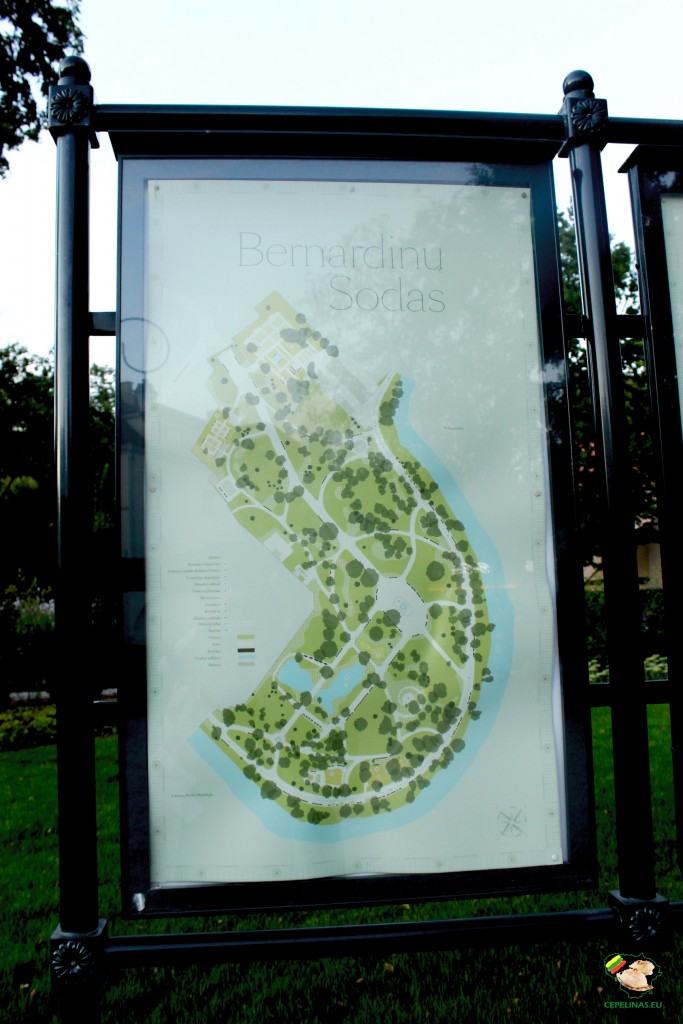 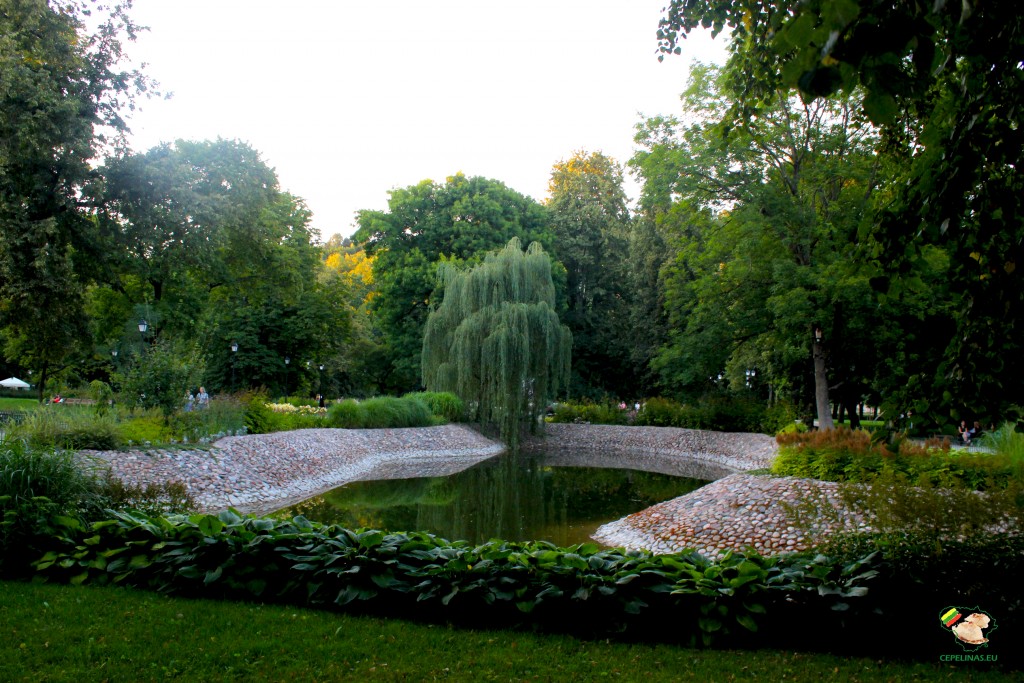 Nowadays Bernardinai Garden covers over 9 hectares. Most of its territory is parkland, divided in the monastery exposition, the botanic exposition and other recreational territory including a children’s amusement park. It hosts a variety of festivals and exhibitions, including an amateur chess championship of Ostap Bender. 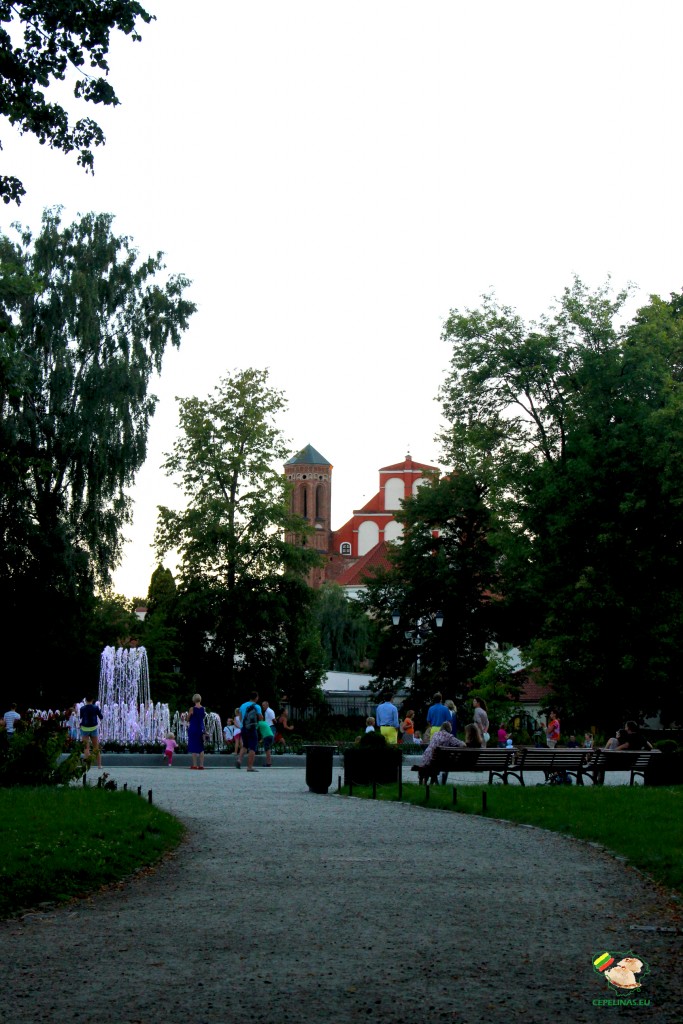 Educational and recreational zones of Bernardinai Garden:
The botanical exposition is a very special part of the park, where plants are sorted by groups and classes. They are planted in two types. The first type is from the lowest to the tallest and the second type is when the tallest plants are in the centre while the smallest ones are at the sides. In this exposition’s center there is a small pool, sacred water plants. The monastery garden exposition was developed with medicinal herbs, potherbs, and edible and tea plants. 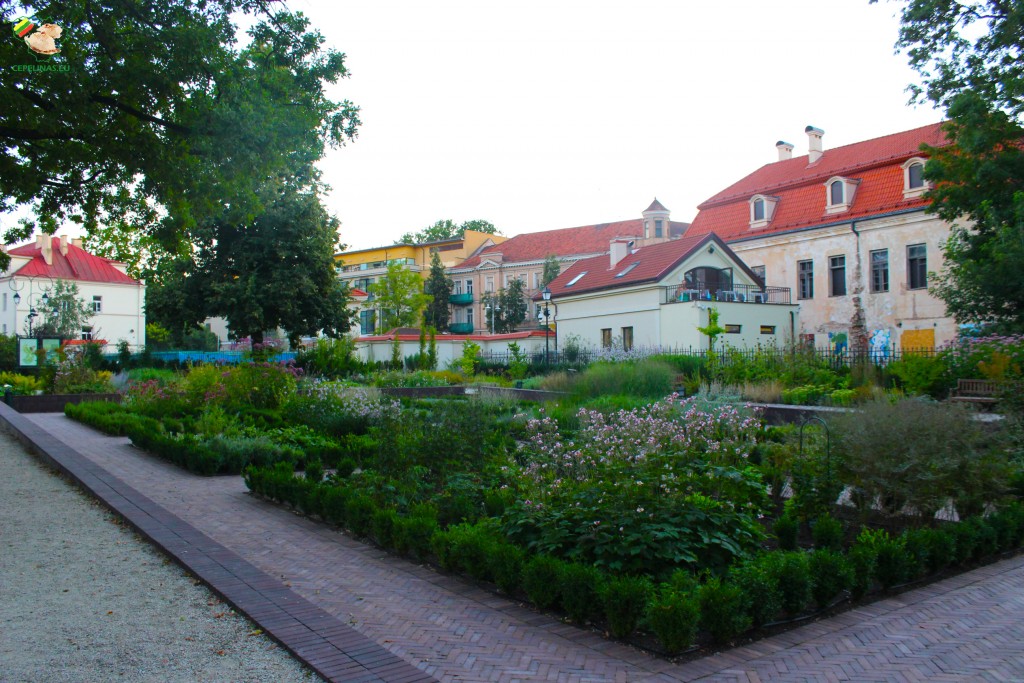 There is a small fountain in the center of the exposition and a pergola – bower on which a lot of climber plants wind. In the rest territory of the park there are two fountains. The main fountain, which is situated in the center of Bernardinai garden, works all the day at weekends in a warm period of the year. On work days the fountain works only from 9 p.m. to 10 p.m. as a magnificent light and music show. 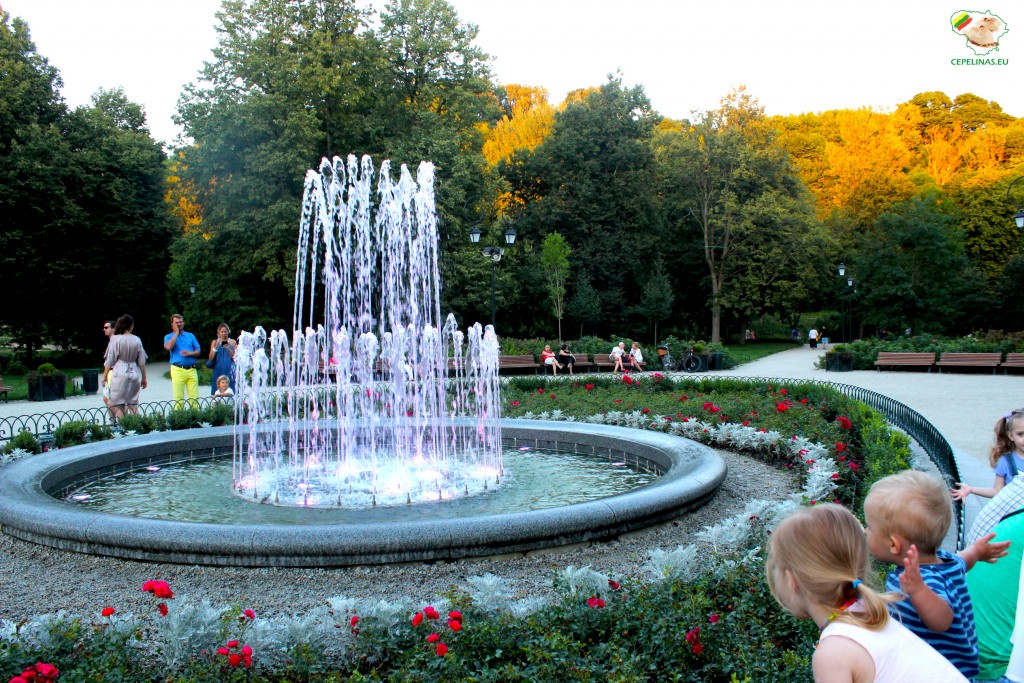 Also there is a rockery, a carousel, a playing ground for children, a giant chessboard, and checkers and chess tables. In a warm period of the year one can enjoy different expositions of sculptures.