Lithuania is the only Baltic country with nearly eight hundred years of statehood tradition, while its name was first mentioned one thousand years ago, in 1009. Wedged at the dividing line of Western and Eastern civilizations, Lithuania battled dramatically for its independence and survival. Once in the Middle Ages, Lithuania was the largest state in the entire Eastern Europe, where crafts and overseas trade prospered.

The State of Lithuania is an independent and democratic republic (Article 1 of the Constitution of the Republic of Lithuania). In Lithuania, the powers of the State are exercised by the Seimas (the Parliament), the President of the Republic, the Government, and the Judiciary. The scope of powers is defined by the Constitution. Public authorities serve the people. (ibidem, Article 5).

State Emblem. Since 1991, the State Emblem is a white Vytis  (a mounted armoured knight with a raised sword) against a red background. 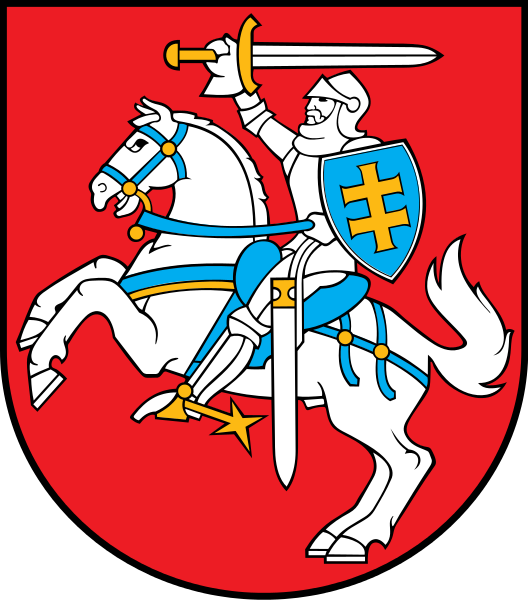 National Flag. The colours of the State Flag (National Flag) are yellow, green, and red. The tricolour stripes are horizontal. Width-to-length ratio – 1:2. 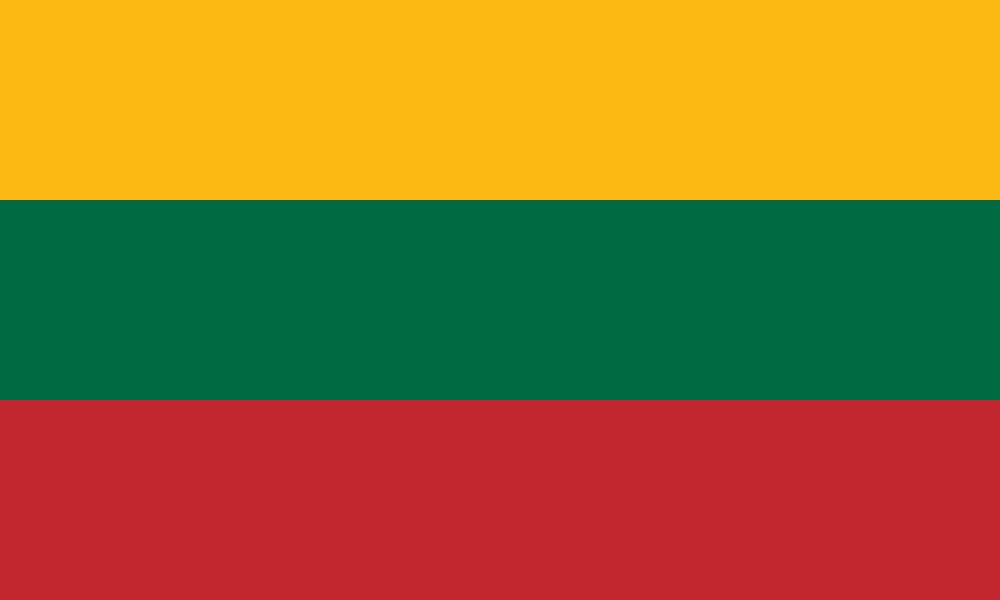 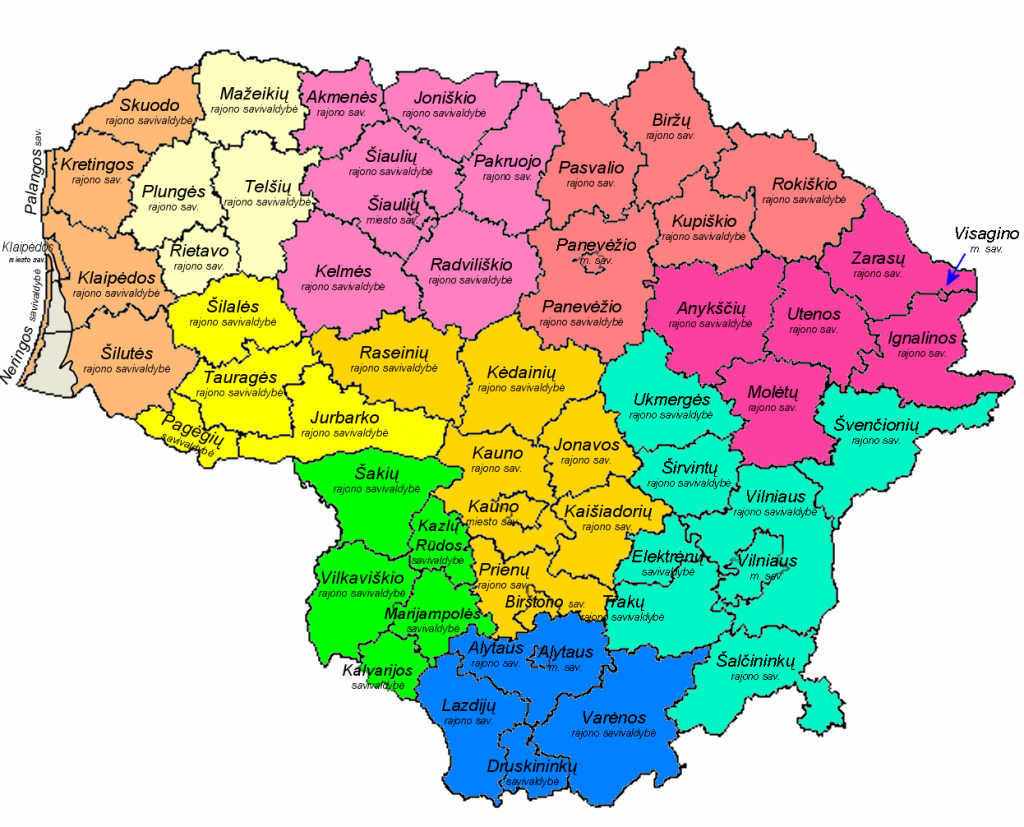 Geographic Location: the Republic of Lithuania lies on the eastern coast of the Baltic Sea. In the north, the country borders on Latvia (588 km), in the east – on Belarus (660 km), in the south – on Poland (103 km) and Kaliningrad Region of the Russian Federation (273 km). Lithuania holds a 99 kilometre long area of the Baltic Sea coast. As the National Geographic Institute of France confirmed in 1989, the geographic centre of Europe lies just 24 kilometres northwest of Vilnius. 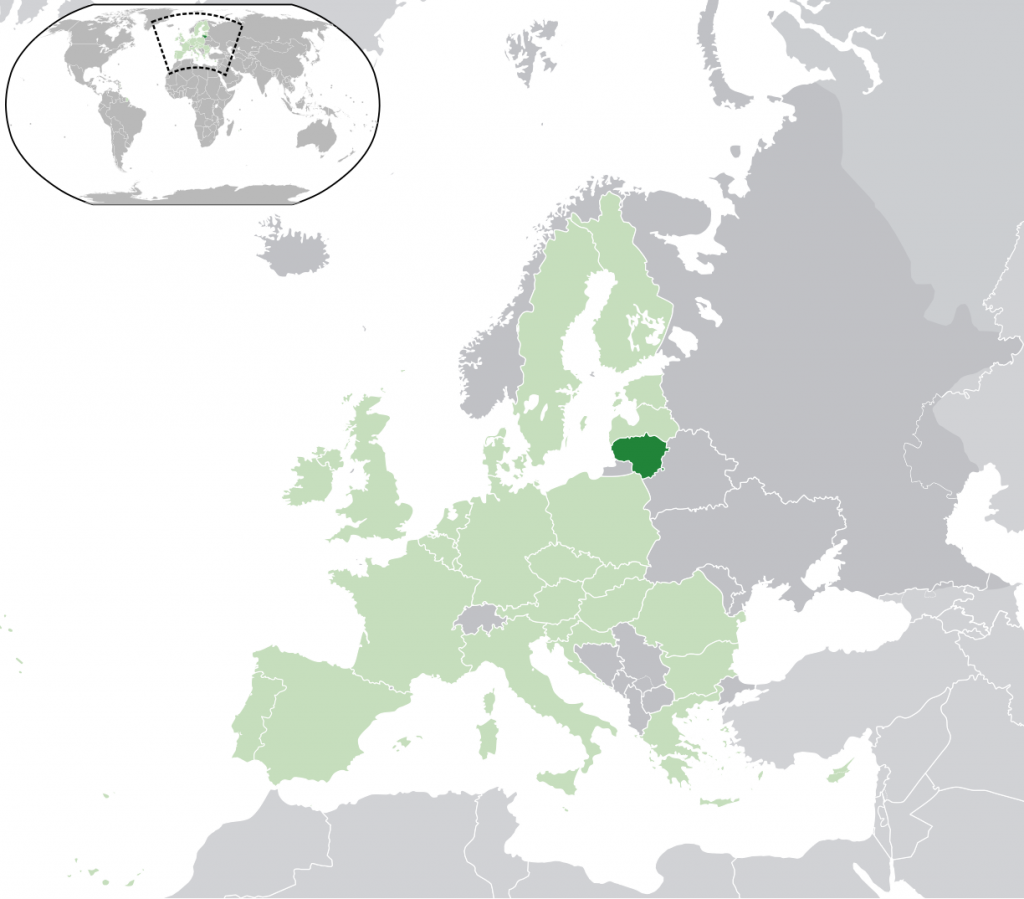 Climate: oceanic/continental. Average temperature in July is +17°C, in January – -4.9°C. However, temperatures can soar up to +30°C in summer, and drop down to -32°C in winter. Summers here are pleasantly mild, whereas not every winter offers abundance of snow.

Local Time: Lithuania lies in the Central European Time zone (GMT + 2 hours, or same as, for instance, Helsinki,Riga, and Tallinn). 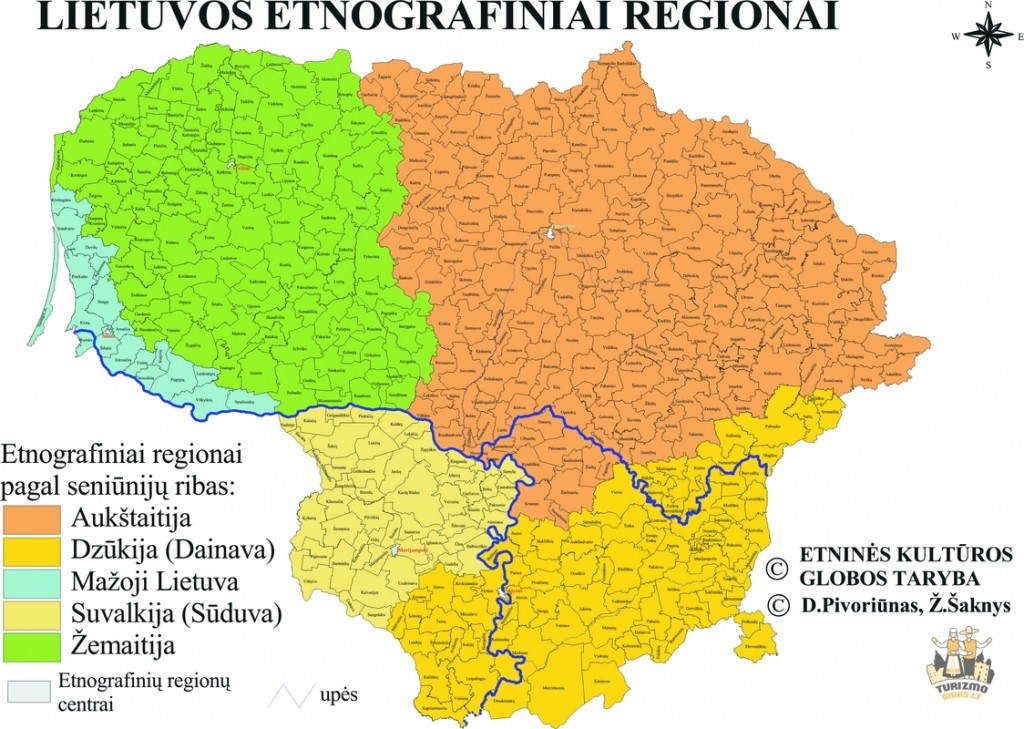 Language: the state language is Lithuanian. All correspondence and official communication is conducted in Lithuanian.

Capital: Vilnius. The city was officially established in 1323, but a fortified castle at the confluence of the Neris and Vilnia rivers was set up earlier. The Old Town of Vilnius is one of the largest (360 ha) and prettiest in the Eastern andCentral Europe included on the UNESCO World Heritage List. The city boasts excellent public transport with trolleybus, bus and minibus routes; plenty of taxis available.