Vilnius – the capital of Lithuania

Anyone wishing to hear how Indo-Europeans spoke should come and listen to a Lithuanian peasant. 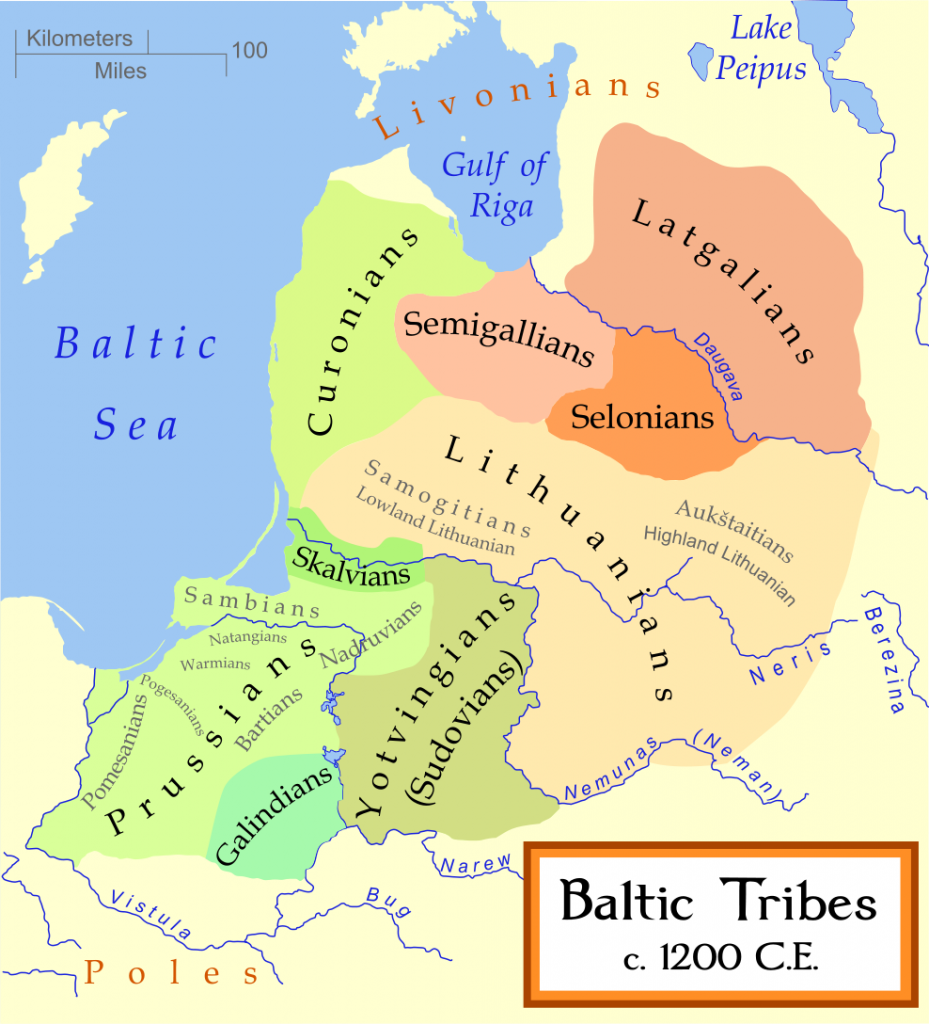 The earliest surviving written Lithuanian text is a translation dating from about 1503–1525 of the Lord’s Prayer, the Hail Mary, and the Nicene Creed written in the Southern Aukštaitian dialect. The first printed Lithuanian book was Catechismusa Prasty Szadei (“The Simple Words of Catechism”) written and published by Martynas Mažvydas in Königsberg (now Kaliningrad). Book was based on the Polish version of Martin Luther’s “Kleiner Katechismus”. This book shows characteristics of the Samogitian dialect of Lithuanian, with clearly visible Aukštaitian traits. It was printed at about the same time as the first books in neighboring nations’ languages: Polish in 1513, Belarusian in 1517, Estonian in 1535, and Latvian in 1585. 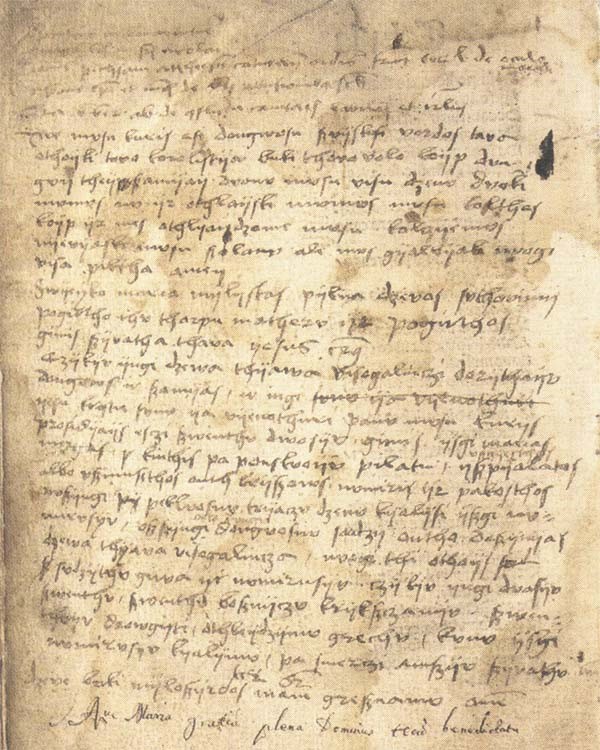 In 1864, following the January Uprising, Mikhail Muravyov, the Russian Governor General of Lithuania, banned the language in education and publishing and barred use of the Latin alphabet altogether, although books printed in Lithuanian continued to be printed across the border in East Prussia and in the United States. Brought into the country by book smugglers despite the threat of stiff prison sentences, they helped fuel a growing nationalist sentiment that finally led to the lifting of the ban in 1904.

Jonas Jablonskis (1860–1930) made significant contributions to the formation of the standard Lithuanian language. The conventions of written Lithuanian had been evolving during the 19th century, but Jablonskis, in the introduction to his “Lithuanian grammatics”, was the first to formulate and expound the essential principles that were so indispensable to its later development. His proposal for Standard Lithuanian was based on his native Western Aukštaitijan dialect. Lithuanian has been the official language of Lithuania since 1918.