The Town Hall of Kaunas (Lithuanian: Kauno rotušė) stands in the middle of the Town Hall Square at the heart of the Old Town. The construction of Kaunas town hall started in 1542. At first it was a one-storey building with not daubed facade and vaulting cellars. In the 16th century the first floor was built and the eight storey tower was built in the east of the building. The ground floor was adjusted for trading and prison guards, the first floor – for trial, magistrate, treasure, archive and office. Cellars were used to store the goods. The cellars of the tower were used as a prison. 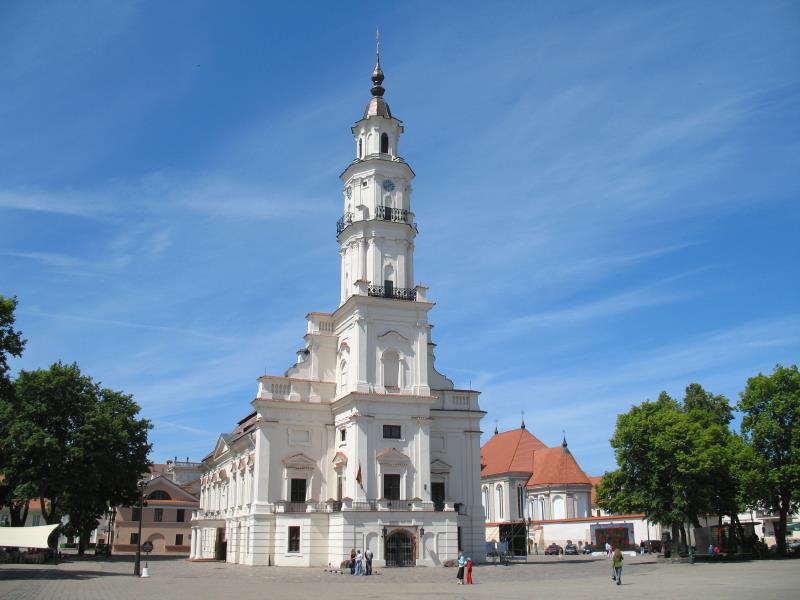 In the 17th century the renaissance reconstruction was made. In the year 1771 -1775 the second reconstruction was made by architect J. Matekeris. He rebuilt the part of building, which was demolished in the 17th century, replanned the premises and added additional floor to the tower. He decorated the town hall with baroque and classicism style decorations, rebuilt the pediment and erected there the sculptures of Grand Dukes of Lithuania. In the beginning of 19th century the town hall was used as the premises of the orthodox church and later – ammunition storage. 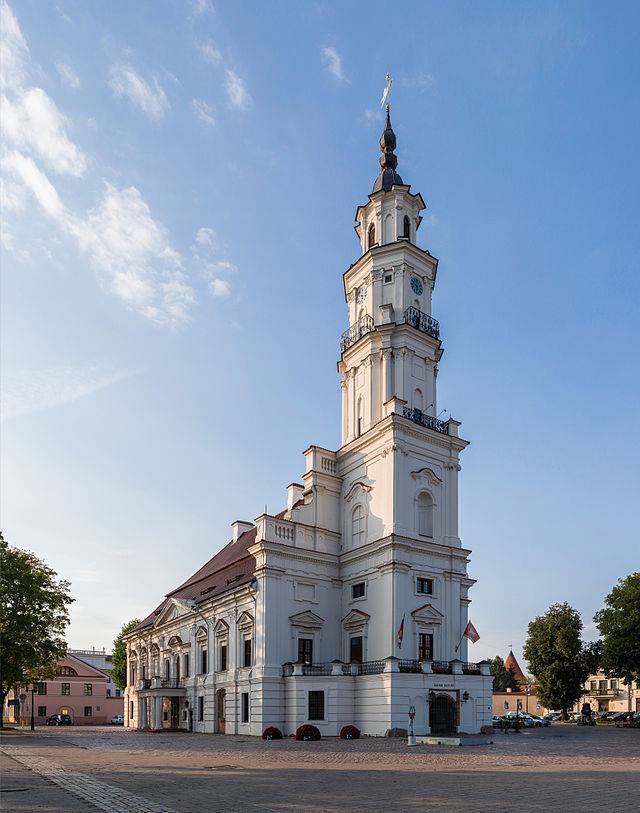 In the year 1836 the town hall was reconstructed again. The residence for Russian emperor was made there. Later, Kaunas municipality was established in the Town hall. After WWII it was replaced by the archive and then by Kaunas technical institute. 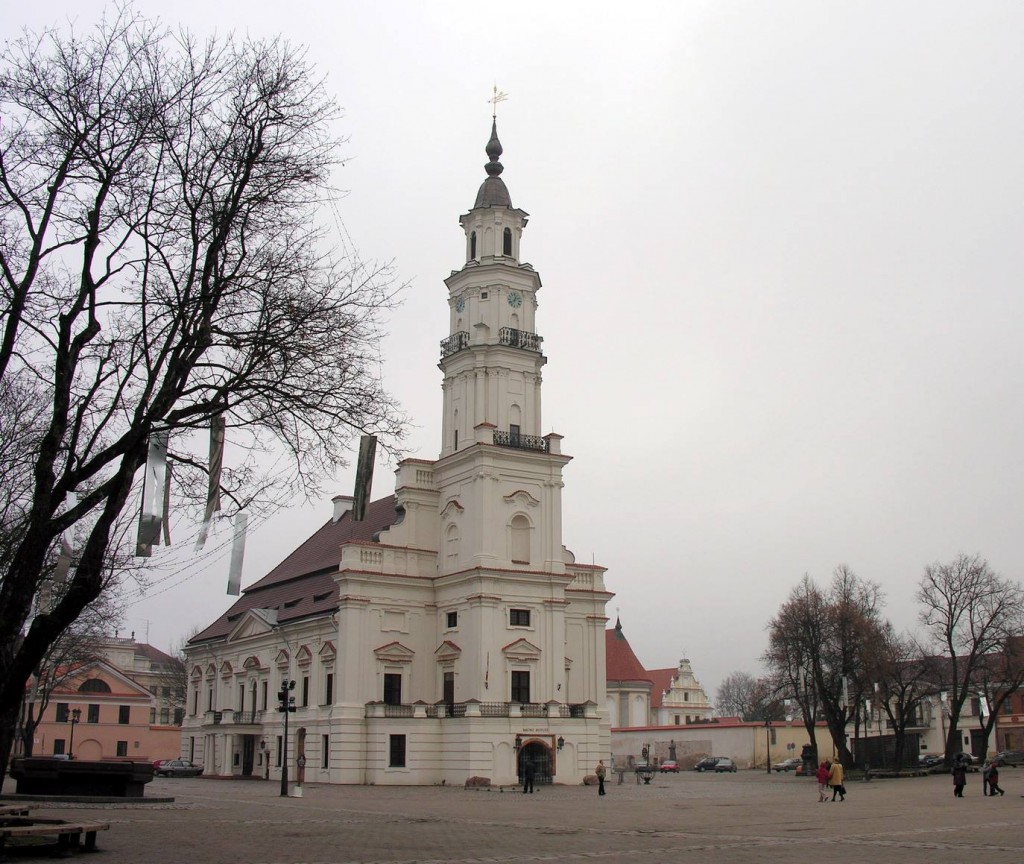 Now Kaunas Town hall is called “The white swan”. Today it is used for the wedding ceremonies, official welcome of city guests, signing of agreements and official events. It features a historical museum of the city mayor, and stores the most important attributes of the city used in ceremonies – a great city key, a mayor’s mark, samples of the city’s coats of arms and flags, a ceremonial master’s sign and a traditional bell, and the historic flag of the temporary capital city of 1930. The city’s guest book is stored in the Town Hall, and currently has over 350 entries, among them greetings by four kings and queens, three dukes, twelve presidents, Pope John Paul II, cardinals, mayors of other European cities and other famous people.