Church of St. Casimir is a Roman Catholic church in Vilnius’ Old Town, close to the Town Hall. It is the first and the oldest baroque church in Vilnius. The church was founded by the Jesuits and dedicated to St. Casimir. Although St. Casimir’s church is one of the finest Baroque churches in Lithuania, it also displays Gothic and Renaissance elements. It was built according to the style of Il Gesu church in Rome, but differs in having two main frontal towers. Most Baroque churches in Lithuania that have two towers imitated St. Casimir’s. The church is constructed in the form of a Latin cross. Where the central nave and transept meet, a majestic cupola of forty meters rises. Seventeen meters in diameter, it is topped on the outside by the crown of the grand duke of Lithuania. The central nave and transept are twenty-five meters wide. On the inside, naves are placed six unconnected chapels. The church contains three altars in Late-Baroque style. 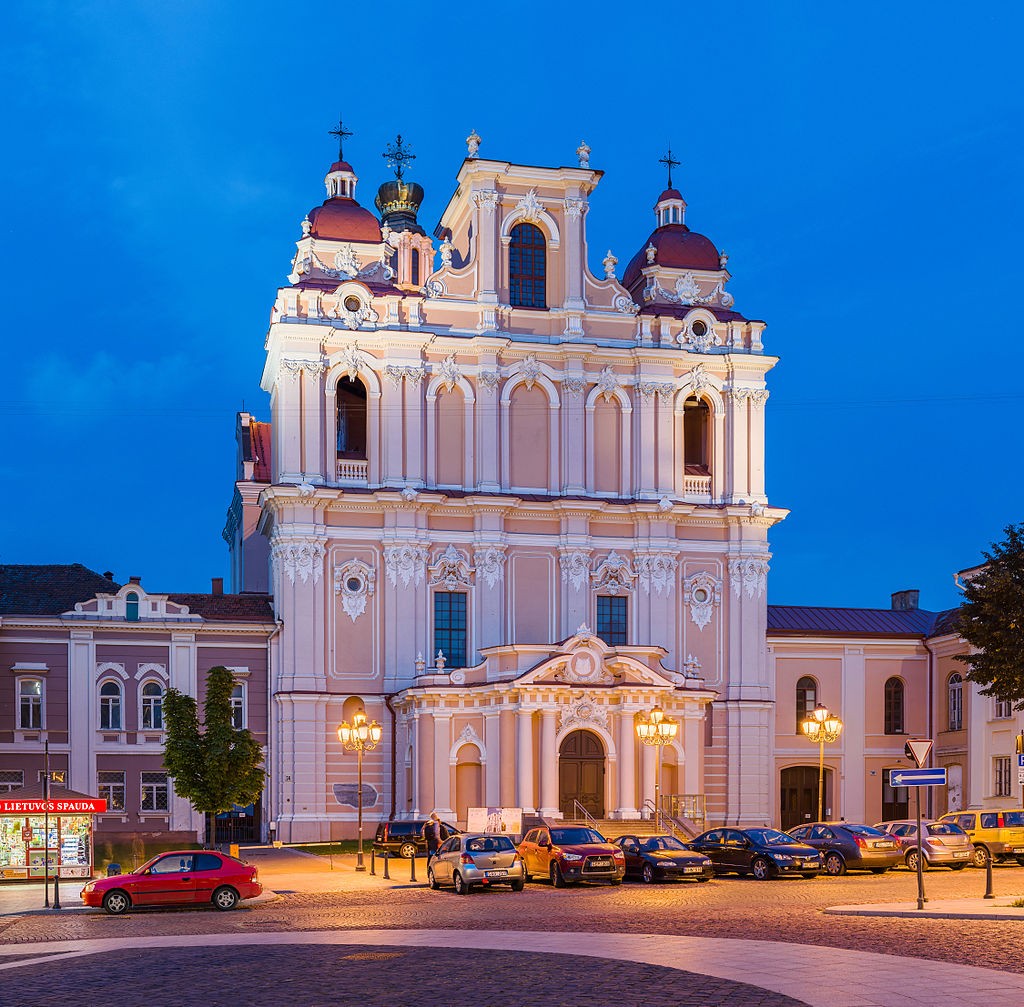 Construction of the church began in 1604. Povilas Bokša, the assistant provincial and Jan Prockowicz, a Jesuit architect oversaw the work. The church was finished and consecrated in 1635, but already in 1655, it was burned down in time when the Russian army entered Vilnius, but soon it was restored. The famous architect and astronomer Tomas Žebrauskas, headed the reconstruction of the church in 1749-55. His work can be seen in the graded cupola and the main altar. From 1751 to 1753 Hans Kierner, a Prussian sculptor, decorated the interior. Frescos of St. Casimir’s life were painted by the Czech artist Joseph Obst. 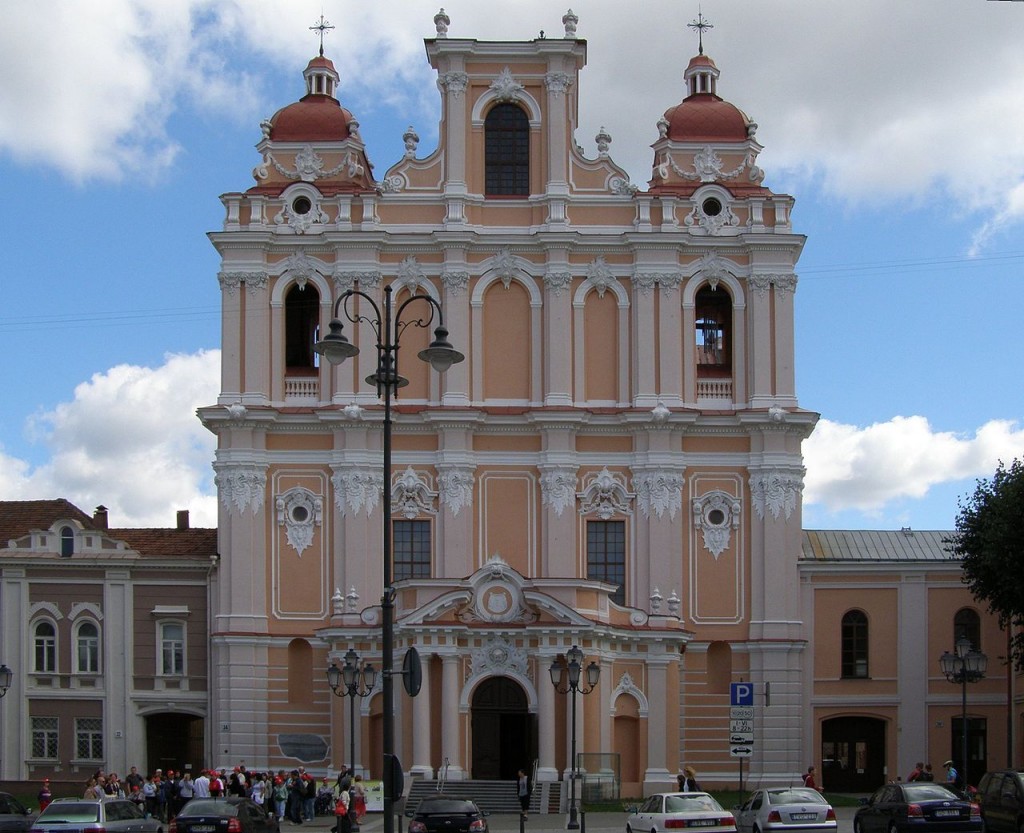 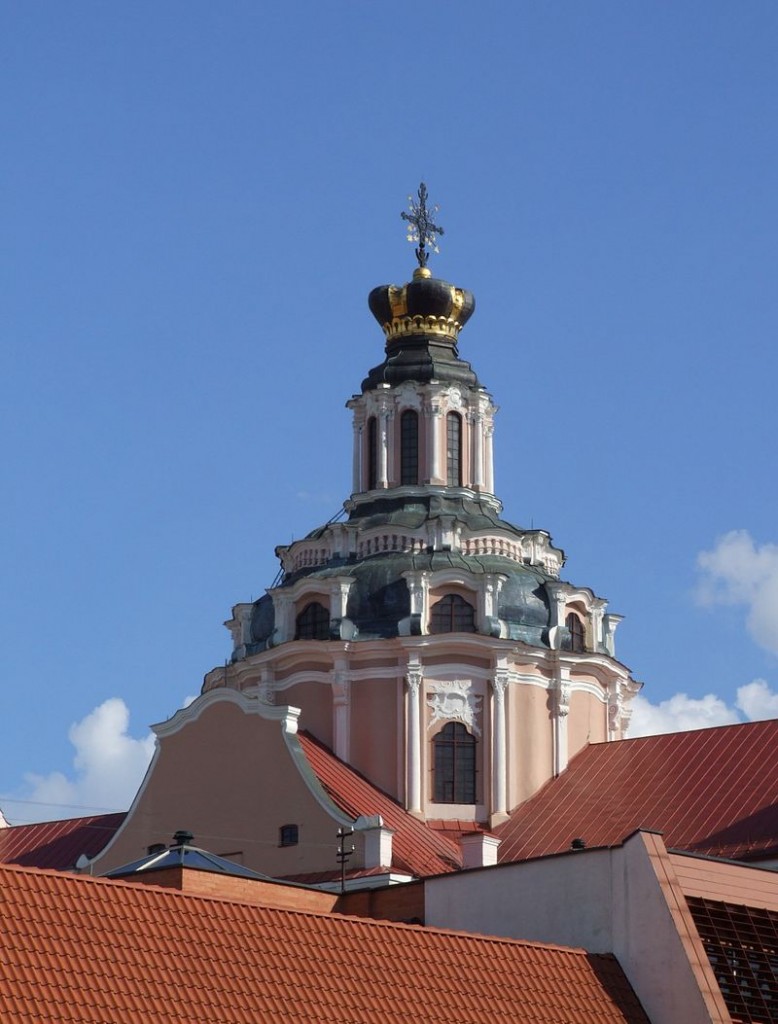 The missionaries were banished after the first Uprising in Poland-Lithuania Commonwealth, and then the church remained vacant and unused for some time. Soon in 1839, the Russian tsarist authorities turned it into an Orthodox church known as St. Michael’s. It was reconstructed in 1864-68 under the Russian architect N. Chiagin, who lowered the steeples, added a larger steeple in the front, and covered all the steeples and the cupola with onion domes. The main facade was decorated in Neo-Baroque; frescos of Orthodox saints were painted in the three niches. 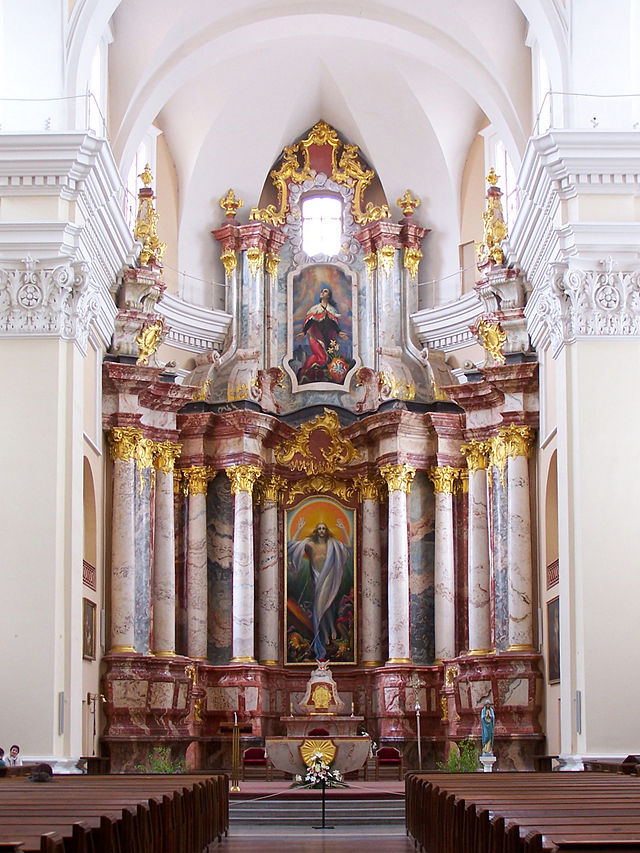 During World War I, in 1915, the German army turned the church into a Lutheran house of worship for their army. In 1919, Blessed Jurgis Matulaitis returned the church to the Jesuits. During the Soviet era, in 1949, authorities have closed the church another time and set up grain store in the building. At this time, the entire inventory of the church was destroyed, including the altars, organ, and bells. Moreover, in 1963, the church was turned into a museum of atheism. 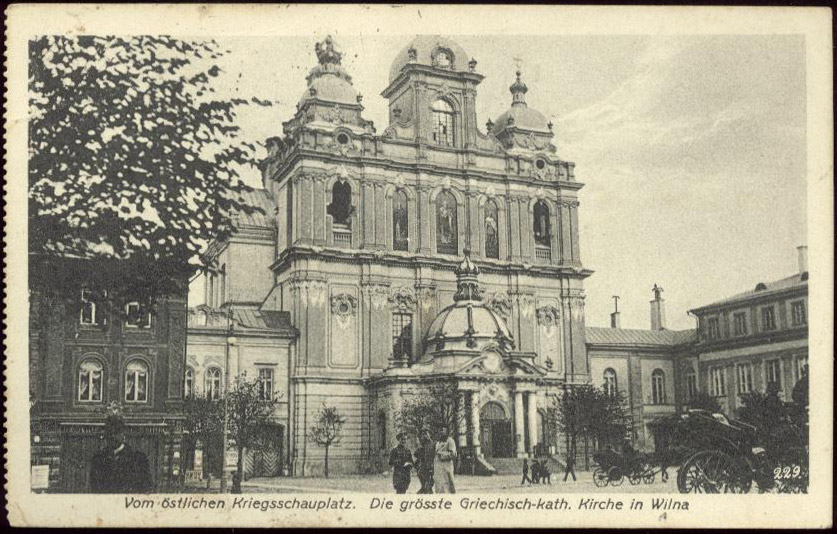 The church was returned to the Roman Catholic community in 1988. After intense restoration, the church was reconsecrated in 1991, and now the Jesuits again work in it. Since the reconsecration of the church, each Sunday after the midday Mass the best choirs in Lithuania present concerts. The organ is German “Oberlinger”.